Another week, another hotline call, another list of 4 awesome horror movies! As we all try to stay busy in quarantine, Shudder just continued their Halfway to Halloween Hotline for its third week (only 1 more to go), and they didn’t disappoint!

Every Friday in April (from 3-4pm EST), you call the hotline number, speak directly with one of their curators, discuss what your preferences are, and the curator gives you awesome recommendations from Shudder’s Library.

I called yesterday, and once again asked for 4 unique recommendations: something gory, something funny, something creepy, and something foreign. So let’s dive into these 4 great movies, as suggested by Shudder’s curator!

Directed by Jim Mickle, Written by Nick Damici and Jim Mickle, Based on an Original Screenplay by Jorge Michel Grau

This remake of a 2010 Mexican horror film of the same name is equally disturbing as it intriguing.

Following the death of their mother, two teenage girls struggle with following in the footsteps of their family’s cannibalistic tradition.

We feel for them, because it’s quite clear that this was something they were born into, and it’s all they’ve ever known.

And having a strict, zealous father pressuring doesn’t help either. The brilliant layered performances by the young Ambyr Childers and Julia Garner can’t be praised enough.

While we’re horrified at the things they’re doing, we’re more horrified by the fact that these young girls are being forced to do these things.

Most of its 1 hour 45 minute runtime feels like a slow burn tension build, but if you’re willing to wait for payoff, the gore in the end truly doesn’t disappoint. We also get a great performance by the incredibly underrated Michael Parks (RIP). 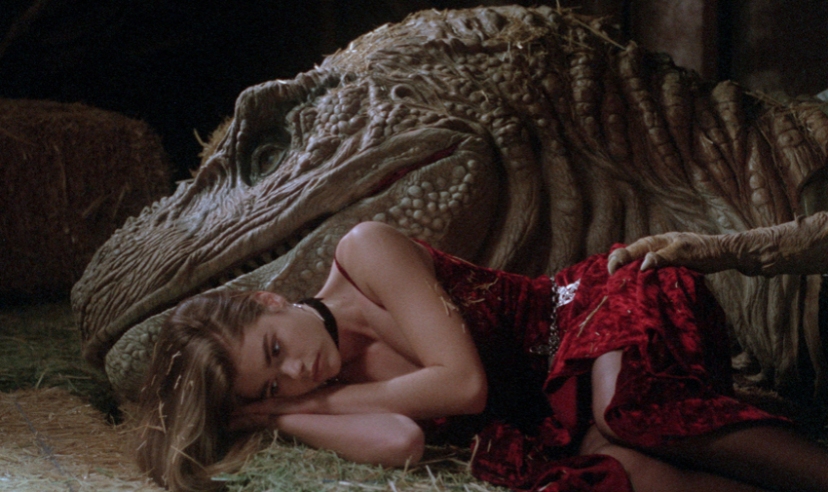 1/3 cheesy 90’s comedy, 1/3 bloody monster horror, 1/3 B-movie Sci-Fi, Tammy and the T-Rex has no idea what it wants to be, but it ends up being really fun and hilarious, whether it was intentional or not.

Apparently the only reason this film was made was because director Stewart Rafill had access to an animatronic T-Rex (which looks legitimately amazing by the way), and so he decided to make an entire film just based around that prop, which itself is pretty funny.

It features a pretty decent cast, including a pre-Wild Things Denise Richards, pre-Fast and Furious Paul Walker, and even the supporting cast includes George “Buck” Flowers (Back to the Future), John Franklin (Children of the Corn), Terry Kiser (Friday the 13th Part VII: The New Blood), Sean Whalen (The People Under the Stairs), and even Pedro himself Efren Ramirez (Napoleon Dynamite).

If you’re a fan of Jurassic Park and Saved by the Bell, and always wanted to see them blended together, this is the movie for you!

The Witch in the Window – Something Creepy 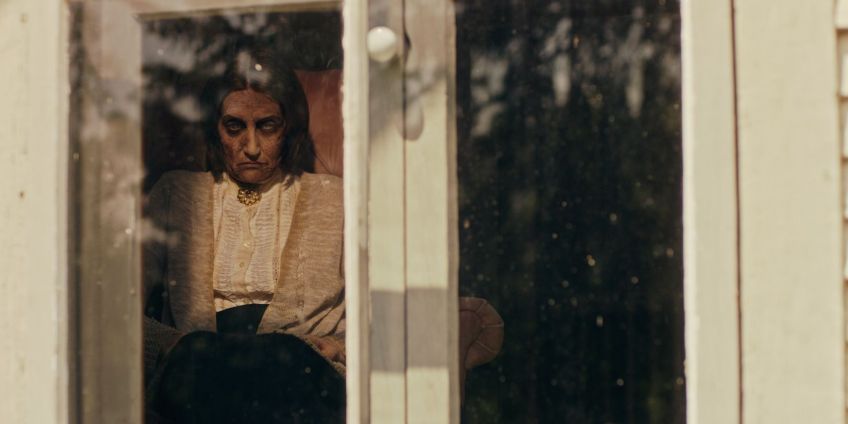 Written and Directed by Andy Mitton

This Shudder Original is a creepy is your typical moving into a new house that’s haunted movie. While it’s certainly a subgenre that’s been done to death, it has enough strong characterization and interesting ideas to give a fresh take on an old trope.

Honestly, the most uncomfortable part is the father and son discussing the “inappropriate” things he saw on the internet. It’s a scene that will make you cringe far more than any of the supernatural ones.

If you’re okay with a slow burn haunted house movie, this is the one for you. Sometimes the best kind of horror is the one that slowly draws you in with sense of dread and foreboding!

The Mimic aka Jang-san-beom (2017) – Something Foreign 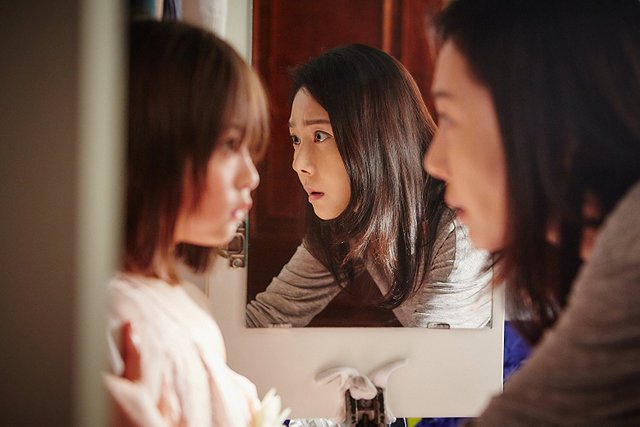 Written and Directed by Jung Huh

Following in the footsteps of other Asian horror classics like Ringu and Ju-on, The Mimic relies less on overt jump scares and more on an unsettling tone and atmosphere that permeates throughout.

After the tragic disappearance of her son, one mother (Jung-ah Yum) finds a lost little girl (Rin-Ah Shin) and finds comfort in helping and caring for her. In a way it almost makes up for the loss of her son.

But the little girl demonstrates the ability to mimic others, particularly loved ones, proving that she’s anything but a little girl.

It’s a great watch if you like slow burns, and don’t mind reading subtitles (which you shouldn’t). As Parasite director Bong Joon Ho stated in his Golden Globe acceptance speech, “Once you overcome the 1-inch tall barrier of subtitles, you will be introduced to so many more amazing films.

All 4 of these movies are streaming on Shudder!