For many nonfans, it’s easy to write off horror as being either cheap or poor in quality. And while there’s no shortage of terrible horror films to complain about, there is also a level of brilliance, which is often overlooked.

The simple fact is the horror genre is much smarter than it gets credit for. Over the years, the necessary tools to elicit a frightened response has changed, because people and perceptions have changed.

And from this, we see an ever evolving genre, which has always reflected the woes and fears of society itself.

For the very same reasons that novels like “Dracula” and “Frankenstein” became so popular in the 1800’s, films based upon monsters were all the rage. This was a time of great superstition, as well as a mass obsession with spiritualism.

Couple this with the era of silent films, where the visuals were everything. And the result is a slew of films about monsters. We much also remember that this was a time in which conformity was valued above all else.

And people were often sickened and disturbed by those who looked different. Very few of these films ever sympathized with the “monster”, but rather treated them like some grotesque being that needed to be killed. 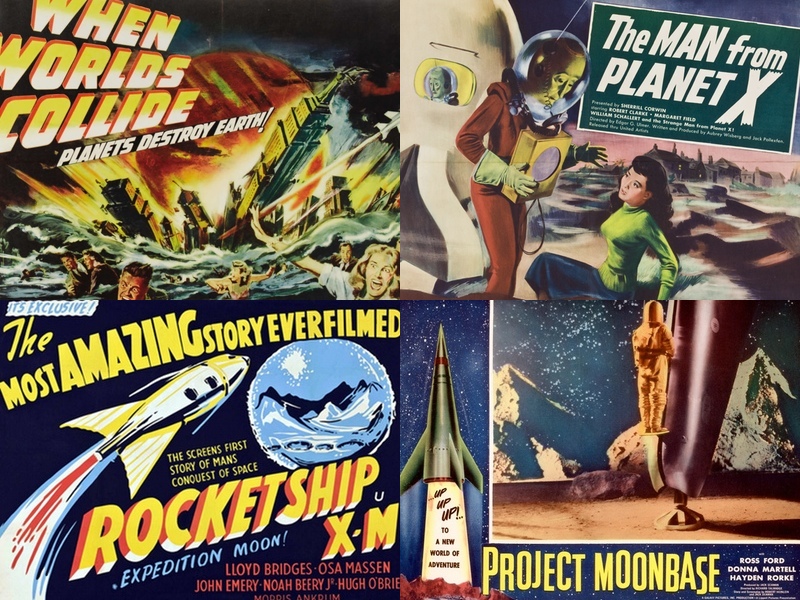 Immediately after WWII, the United States was thrust into a decades long Cold War with the Soviet Union.

And given the recent invention and usage of the atomic bomb, fear and paranoia of nuclear war ran rampant. As a result, films about large monsters made by radiation, and distrust of others become popular.

The decade yielded such classics as Them!, Invasion of the Body Snatchers, It Came From Outer Space, The Blob, The Thing From Another World, and The Creature From the Black Lagoon.

The real fears of nuclear attack and the spread of communism fueled audiences’ fears in all of these films.

As censors became less strict, another historically defining event took place: the Vietnam War. And for this first time ever, images of the war were being broadcasted on the evening news.

These grisly images showed the American people firsthand how brutal and gory war could be. Suddenly, with these disturbing scenes in the back of people’s minds, the horror genre soon followed.

Brutally violent films like The Texas Chainsaw Massacre, I Spit on Your Grave, Last House on the Left, as well as the entire exploitation trend.

While working on the fake blood and gore effects of the original Friday the 13th, Tom Savini admitted that one of his biggest inspirations was what he saw as a wartime photographer in Vietnam.

With the smashing success of slashers in the 1980’s, the next decade saw their countless sequels being released to lukewarm receptions.

It seemed that violence and gore alone weren’t enough to score a win with audiences. And so horror had to adapt and become more psychological and even Meta.

Films like Misery, The Silence of the Lambs, and Se7en all reached critical acclaim due to their clever writing and compelling storytelling.

Then just as everyone believed that slashers were dead, Scream reinvigorated the subgenre with a self-aware approach that seemed extremely fresh and exciting.

Following the world changing event of 9/11, the US was once again involved in guerilla style wars in Afghanistan and Iraq.

The visuals from films like Saw, Hostel, The Hills Have Eyes, and The Devil’s Rejects all reflected the brutality that people were used to hearing come out of the War on Terror.

One might even argue that audiences were so desensitized to violence, that they craved the most bloody and disgusting acts from their horror films.

Which is partly why despite the original Saw not being very gory, its sequels took the bloodlust to a whole new level.

Eventually, fans got tired of what became over the top gross out horror. Coupled with a resurgence of nostalgia, old school supernatural scares began to gain popularity.

It seemed to start with 2010’s Insidious, and followed with its sequels, Sinister, The Conjuring franchise, The Babadook, It Follows, and the remake of It.

In a way, this is almost reflective of how our society is changing and living our lives increasingly on the internet.

As the line between real life and digital life blurs, a fascination in ghosts, demons, and the supernatural arises.

We may only be a few months into this new decade, but we’re all experience a shared event that will change our lives forever.

Between facing the real life horrors of the COVID-19 pandemic, as well as living with quarantine and social distancing, we can all relate to these stresses.

So that’s why we’re predicting that the 2020s will be filled with a myriad of movies featuring viral outbreaks and people stuck in isolation.

Perhaps there will even be stories about people living in a haunted house, but unable to leave due to quarantine. The possibilities are endless!

With new platforms like Shudder and Netflix, as well as the low cost of production, there is absolutely no shortage of horror films.

They’re cheap to make and have the potential to be extremely profitable. This can be both a blessing and a curse.

It does mean that we’ll have to sift through some garbage, but it also means that more filmmakers will have the chance to tell their stories.

And among them could be the next classic which helps horror evolve even more into the future.

(This post was based on an original article on Dork Daily)

One thought on “How Horror Changed Over Time”