Given its genre dominance over the last decade, it’s hard to imagine a time before found footage was everywhere.  While other movies like Cannibal Holocaust and The Blair Witch Project had used the style before, it really was Paranormal Activity that boosted it into popularity for the decade to come.

Not only was it the most popular horror movie of the year, but it was a cultural phenomenon.  It also remains the most profitable movie ever made, grossing nearly $200 million on a $15,000 budget.

So it’s no surprise that it also spawned an entire franchise of four more sequels.  As we look back on this film series that helped to shape the genre as a whole, we thought it would be fun to take a look at each movie and rank them from worst to best! 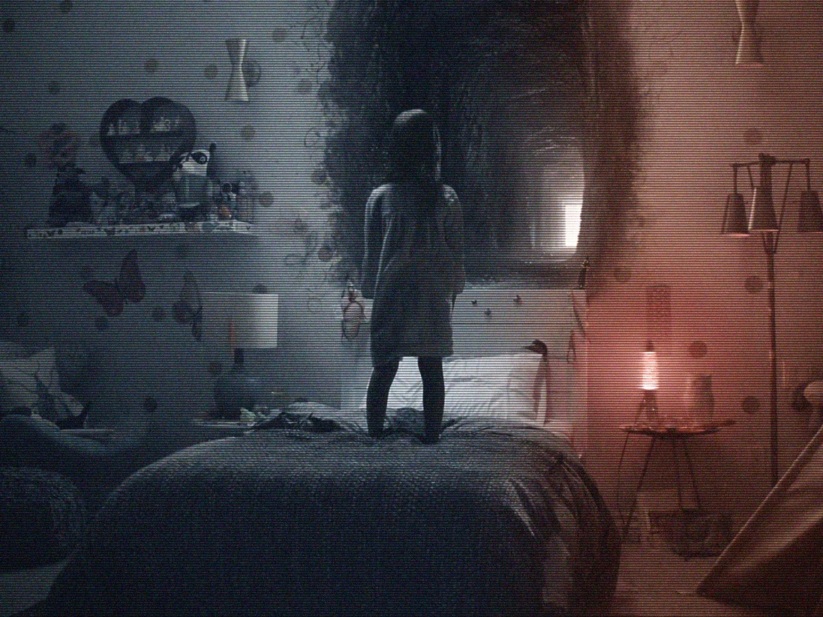 You’d be forgiven for forgetting that this one even existed.  Even in 2015, audiences were getting tired with this series, and the studio saw fit to have it go out with a bang, though it wound up being more of a whimper.

The characters are pretty forgettable, and the film’s focus seems to be more on the 3D effects than on legitimately creepy scares.  In a series known for its devotion to “realism”, this final installment is far too polished and “Hollywood” to fit in with the rest.  It cost the most at $10 million but grossed the very least. 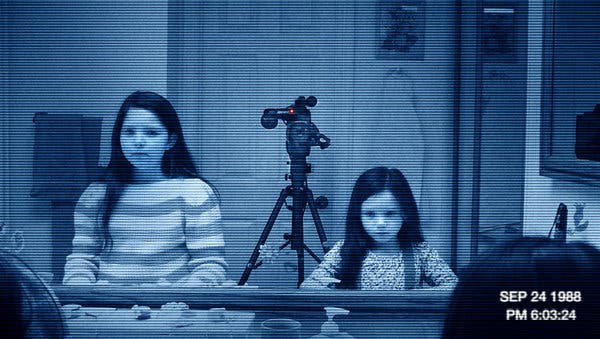 After the second film set a precedent of going back in time with the narrative, the third one went much further, all the way back to the 1980’s.  Setting aside the fact that the picture quality is incredibly too high to have been shot on a VHS camcorder, this whole movie just reeks of prequel-itus.

We had heard snippets of stories about Kristi and Katie’s past, but they never really justified why we needed a whole movie devoted to it.  The ending with the coven is admittedly pretty creepy and cool, and honestly the movie would have been better had that been the main focus. 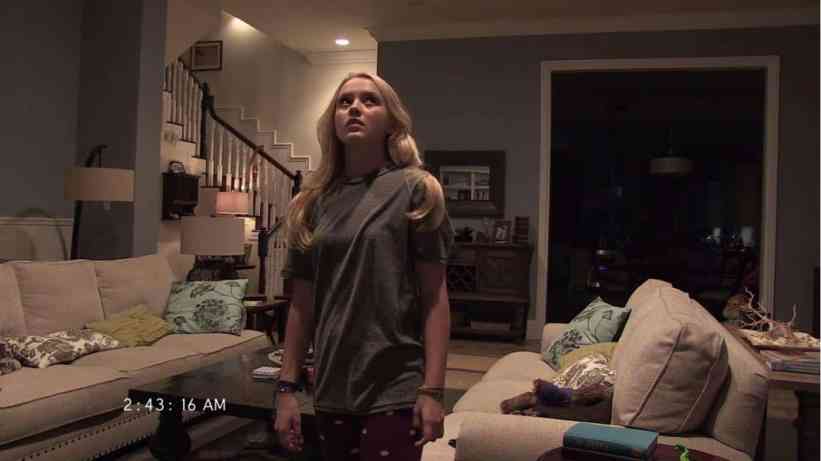 The first true sequel to the original, this fourth installment introduced a few cool new elements, such as the computer webcam and Kinect as means of detecting the titular activity.

In a lot of ways, it felt like a breath of fresh air into a franchise that was starting to fizzle out.  This, along with good characters and an interesting mystery that tied back to the first movie makes this one pretty enjoyable.

3. Paranormal Activity: The Marked Ones

Technically more of a spinoff than outright sequel, The Marked Ones takes the series into a new direction in several ways.  We explore a different side of southern California, as well as a different culture with a mostly Latin American cast.

Much of it is tied into local folklore and superstition (which really stood out to me being half Mexican, and having a grandmother who had all kinds of stories that rivaled these movies).  Plus it opens up a whole new concept with the portals between realities that made for a compelling and fascinating ending that tied back to the earlier films in a unique way.

It’s the quiet little indie found footage movie that took the world by storm.  The original film is brilliant in just how simple it is.  With minimal budget, effects, and resources, it managed to terrify audiences.  The first half does a great job of setting up what seems like just an ordinary, even luxurious suburban house in the San Diego area.

It doesn’t look like a clichéd haunted house at all, but ultimately that’s what makes it scarier, because it could be anyone’s house.  It’s a modern classic, and the only reason it’s not in the top spot is because the sequel did a few things better (which we’ll get to).

The original Paranormal Activity made a huge cultural impact, but its sequel was able to improve upon a few things.  It gives just enough explanation to make the supernatural mystery interesting, without going too far into detail.

Plus the entire plot point of installing the home security cameras made it so there didn’t always have to be a clunky reason as to why a character was carrying a camera at all times.

It flawlessly connected itself to the original and expanded upon the mythology.  And on a more personal note, it contains one of the only jump scares that actually got me when I saw it in theaters.  The scene where Kristi is sitting in the kitchen during the day and all the cabinets violently swing open actually made me jump, and thus won my respect!

However, this isn’t the last we’ve seen of this franchise.  Paramount has already announced a seventh installment, due out in early 2022.  Given current trends, it probably wouldn’t be surprising to see some or all of it take place over Zoom, but we’ll just have to wait and see.