As The Stand begins to settle in on its long term storyline, this third episode “Blank Pages” features less of the plague that wiped out humanity and more of the impending conflict between those that follow Mother Abigail and Randall Flagg. But once again, it feels more like a series of jumbled up vignettes than a clear and concise narrative.  And it all stems from … END_OF_DOCUMENT_TOKEN_TO_BE_REPLACED

Two early slashers, two New Year’s Eve parties, two movies that turned 40 this year, there’s oddly a lot in common between Terror Train and New Year’s Evil.  Neither are quite as well-known as other slasher classics, but they both capitalized on New Year’s Eve, a holiday which doesn’t get as much attention in cinema, and they both did so in the very same year. … END_OF_DOCUMENT_TOKEN_TO_BE_REPLACED

What a year it’s been!  Absolutely no one who went into 2020 had any accurate idea of what the year would bring, having brought the world itself to its very knees.  While theater remained closed for most of the year, there weren’t a whole lot of theatrical movie releases. However, between streaming, drive-ins, and the few months that AMC and Regal were open, we still … END_OF_DOCUMENT_TOKEN_TO_BE_REPLACED

It’s been quite the year (in more ways than one), and while movie theaters were sadly shut down for much of the year (and some still are), there were still a good bit of horror movies released.  Some were great, others less so. Whether it was from high expectations, or the movie missing them mark it was going for, not every horror film this year … END_OF_DOCUMENT_TOKEN_TO_BE_REPLACED 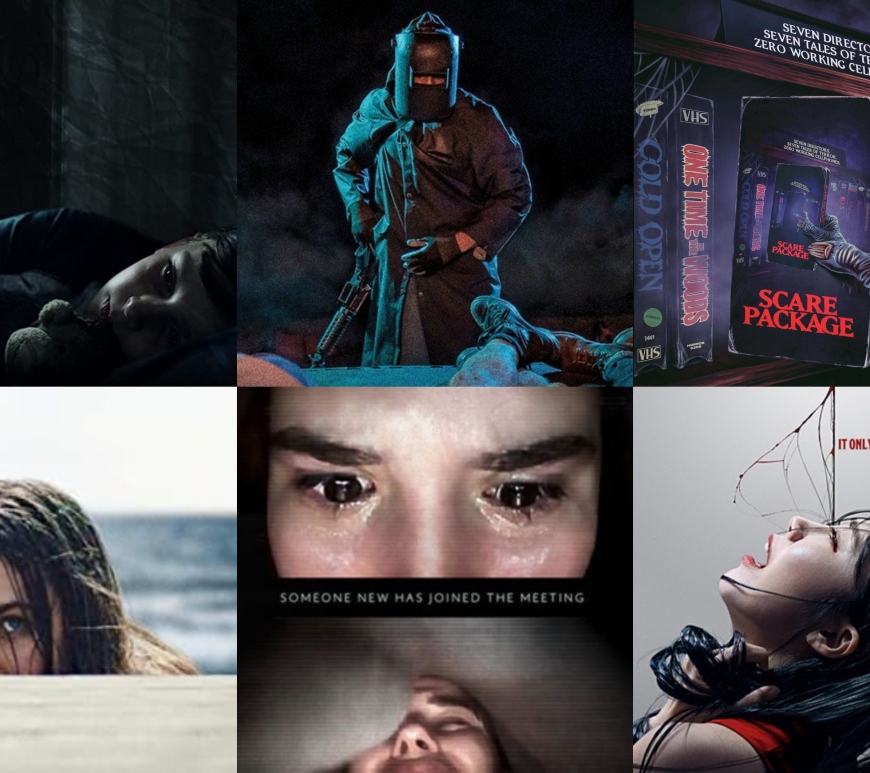 As 2020 comes to its much anticipated end, it’s a time for self-reflection and nostalgia. Looking back on this most tumultuous of years, Shudder was always there for us horror fans. Between watch-alongs, interacting with fans over social media, and a constant slew on new original content each month.  So we thought it would fun to look back and highlight the best and most entertaining … END_OF_DOCUMENT_TOKEN_TO_BE_REPLACED

Following a premiere episode that was okay at best, The Stand really picked things up in the second episode “Pocket Savior”.  The nonlinear timeline still seems like an odd choice, but it’s put to much better use here.  It also helps that the series has already introduced the Captain Trips virus, so this episode is free to focus more on character, and that’s definitely what … END_OF_DOCUMENT_TOKEN_TO_BE_REPLACED

Dracula remains of the most iconic horror villains of all time.  First appearing in the 1897 novel, he’s a character that holds a Guinness World Record for the most amount of adaptations.  So many people have played the role that we even did a list ranking each of them. So as the dawn of the new millennium came, Miramax and Dimension sought to bring Dracula … END_OF_DOCUMENT_TOKEN_TO_BE_REPLACED

There’s a myriad of great Christmas horror films out there that range from killer Santas, to Krampus, to scary ghost stories (as the song suggests), to the stress and anxiety associated with the holiday season. Most of these movies deal with one or two of these subjects, but there’s one that manages to capture the full gamut of the Christmas horror spirit.  In the same … END_OF_DOCUMENT_TOKEN_TO_BE_REPLACED

Known for his jolly laugh, love for milk and cookies, and penchant for making more deliveries in one night that is humanly possible, Santa Claus remains one of the most iconic and enduring symbols and figures of Christmas itself. He brings joy to millions of people, and for some odd reason also helps advertise for Coca-Cola.  As loving and jolly as he can be however, … END_OF_DOCUMENT_TOKEN_TO_BE_REPLACED

“The Stand” infamously remains Stephen King’s longest novel and adapting it is no easy task.  Mick Garris valiantly attempted a four part TV miniseries back in 1994, and the for the most part, it was very successful and well made (for its time). A modern” retelling isn’t a bad idea in theory, but it could very easily go wrong.  So how does CBS All Access’ … END_OF_DOCUMENT_TOKEN_TO_BE_REPLACED