As 2020 comes to its much anticipated end, it’s a time for self-reflection and nostalgia. Looking back on this most tumultuous of years, Shudder was always there for us horror fans.

Between watch-alongs, interacting with fans over social media, and a constant slew on new original content each month.  So we thought it would fun to look back and highlight the best and most entertaining original movies and series that Shudder released in 2020.

For this list, we’re only considering Shudder Originals, not Exclusives.  And in a decision that’s bound to create controversy, The Last Drive In will not be eligible, but for good reason.  Firstly, it would be unfair as it would automatically be at #1, and it’s really more of a special that even showed some of the movies we did consider for this list.

Joe Bob and Darcy deserve an immense amount of credit for bringing endless joy to Shudder fans this year, so here’s their shout out, and acknowledgement that everything on this list is behind The Last Drive In!

One more thing before we get started (this list is coming, don’t worry), we wanted to give some praise to a few honorable mentions.  All of these are awesome movies that were so incredibly close to making the list!

Cursed Films – This was a really fascinating documentary series that dealt with infamous “curses” that have plagued the reputation of several movies over the years.  It was enlightening, fascinating, and at time downright poignant.

Blood Quantum – Solid zombie movie that managed to blend horror with real life socio-political issues, but in a subtle, nuanced manner.  Plus, it boasts some pretty awesomely gory zombie kills.

The Mortuary Collection – Anthologies are very hit or miss, but this one has some interesting stories that serve as cautionary tales, and it’s all held together by an absolutely brilliant performance by Clancy Brown.

Creepshow Holiday Special – This most recent Shudder Original got us all in the Christmas spirit and was bizarrely fun in a way that only Creepshow can be. 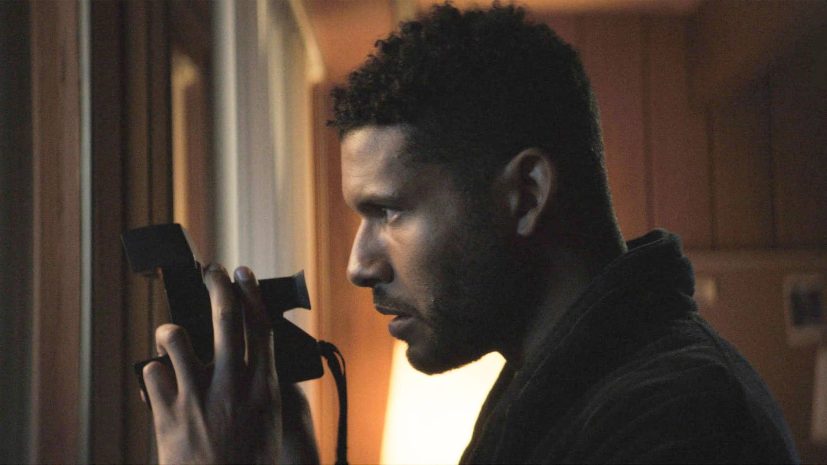 More of a quiet and subtle slow burn, Spiral does a great job of leaving its audience questioning their own sanity (much like the main character).  Using real life issues of xenophobia, and otherness, Spiral blends its themes with good old fashioned horror movie paranoia to create work of suspense that we’re never quite sure about until the very end.  It’s not an in your face gore fest, but rather a thought-provoking paranoid thriller.

As previously mentioned, anthologies are very hit or miss and this one is admittedly all over the place.  But it knows exactly what it’s trying to be and goes all the way with its zany meta horror humor and commentary.  Plus, it’s always been a person favorite as its wraparound story deals with video store clerks, and that was my first job. 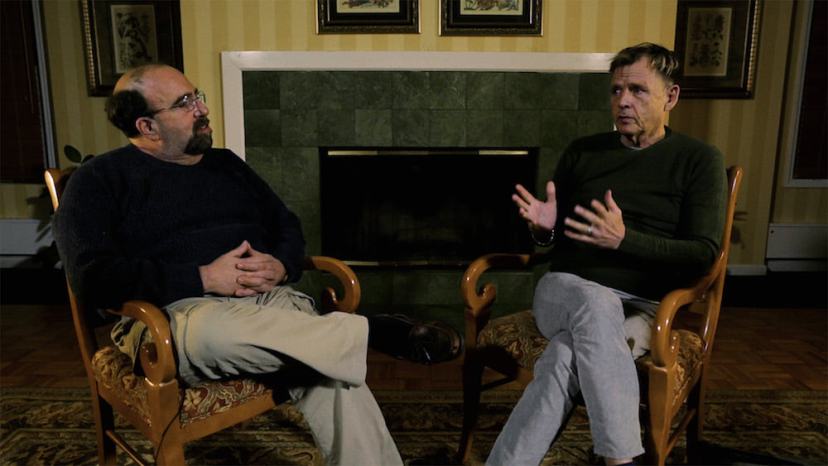 Nightmare on Elm Street 2 has had a reputation for a very long time, but what many didn’t know was the tragic story behind it, which not only ruined the career of Mark Patton, but caused him to pretty much go under the radar.

In this compelling documentary, Patton tells his side of the story, and finally gets his cathartic “confrontation” he’d waited decades for.  All while reflecting on his life, career, and ultimate acceptance of his role is a horror icon.

There was no way to prepare for just how Lovecraftian this piece of monster horror wound up being.  While not quite as bizarre as Color Out of Space, The Beach House really capture the dread that comes with cosmic horror.  Its simple, yet effective approach was the perfect metaphor of 2020 and the effect it had on ordinary people’s summer vacation plans.

In a very strange twist of events, Z starts as a typical creepy kid/supernatural thriller but becomes something much darker and more insane in the process.  There’s strange and sudden shift that occurs between the 2nd and 3rd acts where it’s not the kid who’s being creepy anymore, but the parent.  It has enough subversions of expectations to be memorable.

Shudder is known for curating a variety of really cool horror films from Japan, South Korea, and Indonesia, one of which is 0.0 MHz.  It covers a variety of horror subgenres that it seems to shift between seamlessly.

Because the this, the movie spans the full gamut of creepy and suspenseful Asian horror, to over the top Evil Dead, and then turns into an exorcism movie.  It has a little something for every type of horror fan.

This movie features the sweetest, most lovable pair of Satanist kidnappers you ever saw.  Following the death of their grandson, an elderly married couple kidnaps a pregnant woman and attempts to use a Satanic ritual to bring their grandson back.  What results is a genuinely tense and terrifying demonic thriller where the “villains” wind up being haunted just as much as their victim.

Demonic horror and exorcism has always been a personal favorite subgenre, so that might be influencing this movie’s high spot on the list.  But it really strikes at the idea of how exorcism is often portrayed as over the top and dramatic in media, and how real life paranormal investigations can be influenced by this.

On the surface, this movie may seem like nothing more than typical demonic horror with a main character getting what’s coming.  But from a perspective of exorcism, it explores some really interesting ideas. 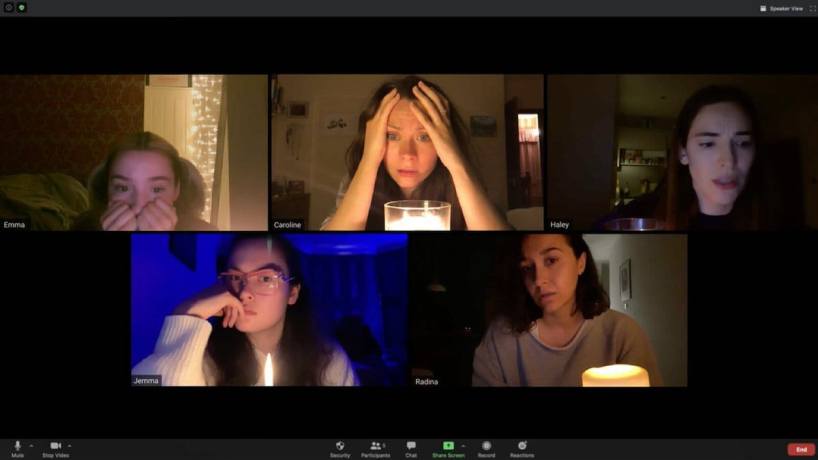 Not only is Host one of the best Shudder originals of 2020, it’s one of the best horror movies of the year overall!  At a time when the world was shut down and people were struggling with staying in quarantine, the film industry tragically took huge hits that it may never recover from.

While all film and television production had halted, this movie was being shot over Zoom, with each actor in their own homes.  Not only did it reference and incorporate the real life pandemic into its plot, but in the spirit of The Blair Witch Project before it, it conjured up some terrifying scares with minimal budget and effects.

Host is a reminder of how so much can be achieved with so little in this beloved genre.  Movies like Unfriended, Searching, and Ratter had previously done this style of film before, but none were quite as effective as Host.  It remains one of the few movies that’s best viewed on a laptop screen (preferably alone in the dark).

Where to begin?  Known more for starring in comedies, Jay Baruchel directed this absolutely brilliant meta slasher that incorporates horror, comic books, and the perverse obsession society has for violence.

When a comic book creator inspires real life murders based on the comic, he must fight for his life, as well as reconcile with the violence he may have inadvertently promoted.  Within the universe of this movie, the comic he created is based on a series of real-life unsolved murders, which begs a very thought-provoking question.

Do we glorify violence and crime with media based on real life instances?  It’s all fun and games to enjoy someone like Freddy Krueger or Jason Vorhees, but what about movies based on real life murders?  This film explores the morally gray area that we often get into, and does so in a fascinating and compelling manner.

2020 may have been rough, but Shudder had our backs.  And here’s to hoping that we get even more awesome original movies in 2021!

What were your favorite Shudder originals of this year?  Let us know in the comments!