For the second week in a row, Shudder continued its Hotline to commemorate Halfway to Halloween Month!  Unlike any other streaming service, fans can call in once a week during an hour window and get personalized recommendations from Shudder curator Sam Zimmerman!

So we decided to call in and ask Sam for 4 more recommendations, this time based on decades.  He more than delivered with horror movies from the 70’s, 80’s, 90’s, and 2000’s to present.  And here were the results!

Directed by Richard Loncraine, Screenplay by Dave Humprhies, Screen Story by Harry Bromley Davenport, based on the novel by Peter Straub

Equal parts tragic, poignant, and creepy, this late 70’s gem features Mia Farrow as a woman mourning the loss of her own daughter, while she believes the new house she’s living in may in fact be haunted.

Released nearly a decade after Rosemary’s Baby, Farrow once again proves her talent and strength not as a “horror actress”, but as a dramatic actress in a horrifying situation (though sadly this movie isn’t as well-known as the other).

The movie itself is very British (interpret that as you will), and has an overall slow-burn, subtly creepy tone, similar to that of The Changeling from the same era.  It’s a great ghost story that’s quiet in its approach, and focuses solely on character and story; great for watching with someone who’s a casual horror fan and not too into blood and gore. 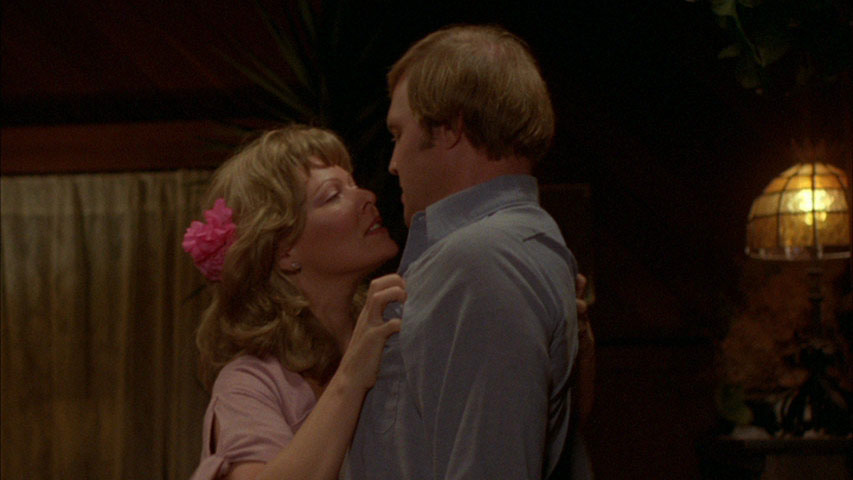 Unlike the last movie, this one very much is the epitome of campy, trashy, bloody, disturbing 80’s fun!  Loosely inspired by the Ancient Greek tragedy “Oedipus Rex”, it features a disturbed woman who’s way too attached to her 17 year old nephew, and who’s willing to do anything to keep him from going away to college and leaving her.

The movie really does ride on Susan Tyrrell’s amazing performance, which channels elements of both Margaret White in Carrie, and Pamela Vorhees in Friday the 13th.  It’s not quite a slasher, in that it’s styled more like a murder mystery, but the kills are still fun and gory with practical blood effects.

Plus, it also features a well-done but very unlikeable performance by Bo Svenson (we’re not supposed to like his character) as a very homophobic detective, who’s almost as much the villain as the crazy aunt is.

Admittedly, it’s a movie that many don’t know about and that never really got a wide release (it’s still out of print on DVD), and its debut on Shudder was the first time it was picked up by a major streaming service.  So if you’re a fan of early 80’s slashers and gore, check it out!

Directed/Screenplay by Eric Red, Based on the novel by Wayne Smith

Sam’s 90’s pick is a werewolf gem that doesn’t get the same attention as American Werewolf in London, or The Howling, but it’s a fun, straightforward monster movie with great effects.  Bad Moon features Ted (Michael Paré) staying with his sister (Mariel Hemingway) while he struggles with his moon-based problem, and the fallout that ensues from that.

The news is filled with stories of animal attacks, and while we the audience know that it’s Ted, his sister and nephew are slower to suspect, although their dog doesn’t seem to trust him.  Where this movie really shines is its practical costume and animatronic werewolf design, as well as Michael Paré’s performance.

He plays Ted as if he’s a serial killer who glibly relishes in seeing his work on the news.  In most werewolf movies, the afflicted is usually tortured by being a werewolf, and riddled with guilt over the innocent victims they’ve killed.   But here, Ted seems to enjoy it, which makes him less the protagonist and more the villain, but it’s an interesting subversion and works for this movie.

Written and Directed by Padraig Reynolds

This one is for everyone who’s ever had to work an overnight shift anyone.  Ex-convict Mary has recently gotten out of prison, and is still dealing with PTSD from discovering that her boyfriend was a serial killer and then setting him on fire (which got her sent to prison as well).

Lucky enough to get a job working the graveyard shift at a gas station, she’s plagued all night with visions and flashes of her ex-boyfriend (who she believes has escaped), but both she and the audience aren’t quite sure if what she’s seeing is real or manifestations of her trauma.

The whole movie plays out as a tense thriller, with enough twists that you’re never really sure what’s going to happen next.  The kills brutal and very much in your face (sometimes literally).  It gets a little farfetched towards the end, but insanity is the name of the game in this movie!

The Haunting of Julia, Butcher, Baker, Nightmare Maker, Bad Moon, and Open 24 Hours are all streaming on Shudder!

We’ll be back next week with another set of awesome recommendations from Shudder curator himself, Sam Zimmerman.  Until then, stay scared and enjoy Halfway to Halloween Month!