Shudder’s second season of Creepshow continued this week with another pair of macabre tales; one involving ancient evil, the other involving simple greed and vengeance!

Featuring performances from horror legends like Barbara Crampton (Re-Animator, From Beyond, Castle Freak) and Denise Crosby (Pet Sematary, Dolly Dearest, The Walking Dead), both stories deliver in a grossly fun way that only Creepshow can! 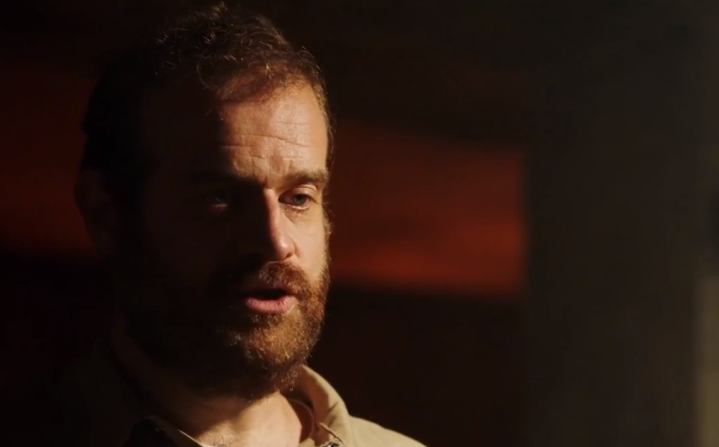 Opening with a landlord Victoria (Barbara Crampton) showing a plumber Linus (Eric Edelstein), we quickly realize that this is the most despicable character that Barbara Crampton has ever played.

Victoria is almost cartoonishly evil in how she honestly doesn’t care that the lead pipes in her building need replacing and are dangerous to the tenants and children who live there.

Even when Linus mentions the current laws and regulations, she threatens to ruin his reputation online if he doesn’t simply fix the clog and ignore the lead pipes.  Much to his dismay, he agrees, but his quest to find the clog results in something far more monstrous than he expected!

The real star of this story is the creature design, which may be small in size, but it’s pretty grotesque and disgusting in all the right ways.  In many ways, it’s the “monster-ization” (sure that’s a word) of every clogged drain of every dirty bathroom you’ve let go for too long.

This is all complimented by a delightfully despicable performance by Barbara Crampton, who seems like she’s having a lot of fun playing the villain.  She’s really only there in the first few and last few minutes, but she steals the show any time she’s on screen.

It’s a bit more simple and straightforward in plot than Lynch’s previous Creepshow story “The Right Snuff”, but it feels very much in line with the spirit of the original movie.  There’s a horrible person that makes us cringe, a gross monster that makes us wince, and a conclusion involving both that leaves us very satisfied and amused.

“Within the Walls of Madness” 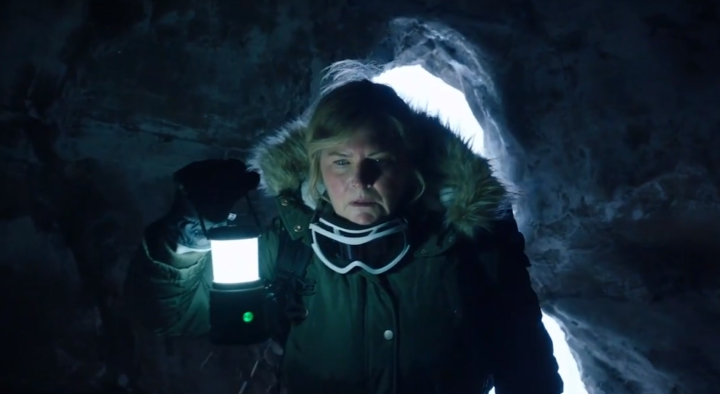 What begins with an inmate being interviewed by a potential lawyer, turns into something reminiscent of The Thing, but with a Lovecraftian twist.  A group of researchers at a government facility make an astonishing discovery that leads to tragedy and disaster (ultimately resulting in one of them being in prison for murder later).

The flashback method of storytelling is admittedly a bit clunky and seemingly unnecessary, but there’s a lot of great creative choices in terms of visuals that make up for it.  There’s a particular scene involving rapid light flashing that adds to the tension.

Everything is in the service of a twist that goes full Lovecraftian in the last few minutes.  Overall, it’s a decent ending to a decent story, it just honestly didn’t feel as compelling as some of the other ones this season.  But that’s what’s so great about Creepshow.  There really aren’t any bad episodes, just ones that are more interesting than others.

What did you think of this week’s episode?  What do you hope to see next week?  Let us know in the comments!

Creepshow is streaming exclusively on Shudder!