Sadly Halfway to Halloween month has come to an end at Shudder, which means the Shudder Hotline won’t be back until October.  But for its final week this month, we called in to get one last set of awesome recommendations from Shudder curator Sam Zimmerman!

This week, we asked Sam for something supernatural, something with a serial killer, a creature feature, and something international! 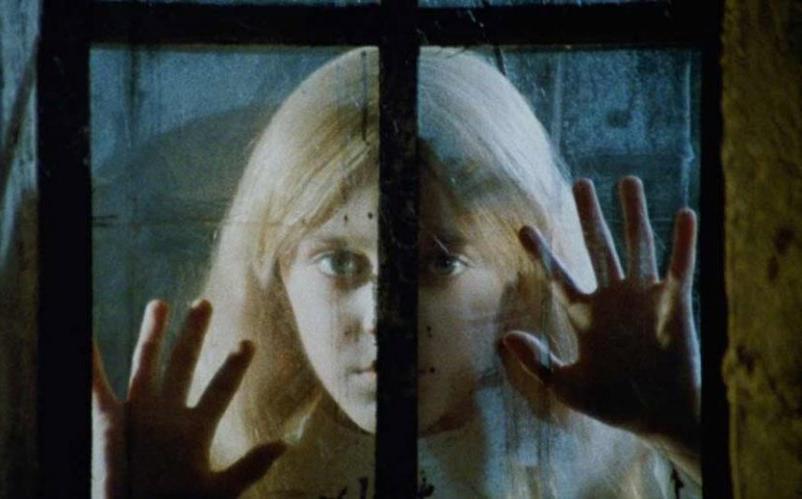 When it comes to divine trinity of Italian horror, you can go wrong with Argento, Fulci, or Bava.  And since Sam recommended Fulci’s The Beyond last time, this Bava classic made for a good follow up.

It plays out very much like an old school European gothic tale.  It features a town with a dark secret, and an outsider who pokes around more than he should.

Considered by many to be one of Bava’s greatest films, Kill, Baby…Kill! does a great job of blending creepy gothic atmosphere similar to old Universal monster movies with a healthy dose of Italian horror gore that wouldn’t be embraced in the US until the next decade.

Something with a Serial Killer – The Flesh and the Fiends (1960)

Continuing with the European gothic theme was a really cool thriller that I’m embarrassed to admit I had never heard of before.  Starring the legendary Peter Cushing and a very young Donald Pleasance, The Flesh and the Fiends deals with an arrogant doctor (Cushing) who resorts to some nasty things to get fresh cadavers for his medical school.

It’s a dark and sinister story with elements of Frankenstein (especially given its 19th Century setting).  Cushing is amazing as a doctor who very clearly has a God complex, as is Pleasance who is almost recognizable if you’re only familiar with him from Halloween.

He’s quite young, and appears quite raggedy as he’s the “lowlife” that the doctor uses for his dirty work in obtaining fresh corpses.

If you’re a fan of WWII history, vampires, and the sea, this movie was tailor made for you!  What begins as a WWII drama about refugees trying to escape turns into an over the top monster horror with a vampire that’s far more ferocious and feral than most other movies.

It’s a bit bizarre at times, but the shift to horror comes just as unexpected to the audience as it does the characters.  If you’re at all familiar with the movie Overlord, this one feels similar but with an ancient vampire.

Written and Directed by Bertrand Bonello

This horror drama from France deals with the origin of the zombie mythos, going back to Haiti and voodoo superstition.  But more than that, it deals with the deeper themes horror “using” different cultures as subject matter purely for entertainment or even exploitative purposes.

Taking place concurrently between modern day Paris and 1960’s Haiti, we see a complete picture of one girl’s family history, and her coming to terms with her past and identity, all while still delving into supernatural zombie horror.

Kill, Baby…Kill!, The Flesh and the Fiends, Blood Vessel, and Zombi Child are all streaming on Shudder

We’ll have to wait until October for the Shudder Hotline to return, at which point we’ll be back calling every week!  Thanks to Shudder and Sam Zimmerman for providing this really cool service that no other streaming service even comes close to doing!