There are few directors that receive such simultaneous praise and derision from fans and critics alike.  Whether you think he’s a genius or overrated, there’s no denying that his films and style are quiet unique.

So with two huge films of his being released just within the last 2 months, we thought it would fitting to look at the whole career of Zack Snyder and rank his films from worst to best!

Of all the movies on this list, only two are original stories from Snyder himself, not based on pre-existing material. And both movies occupy very different places on this list.  Sucker Punch is a great example of what happens when a bold and risky choice doesn’t pay off.

Feature Snyder’s vibrant visual style, and a plot that is both very simple and overly complex, the biggest criticism of this movie is the accusations of misogyny and objectification.  After all, its focus is several young, scantily-clad women in action scenes that are shot in such a way to especially show off their physical features.

Snyder himself has long since clarified that his goal was not to celebrate this practices, but rather to criticize them.  The issue is that the movie itself isn’t subtle or clever enough to convey this nuanced critique.

So despite his intention, Snyder’s film winds up being guilty of the very thing he sought to skewer.  Its low ranking is earned not because of what the movie ends up being, but because it’s so far off from what Snyder was trying to do. 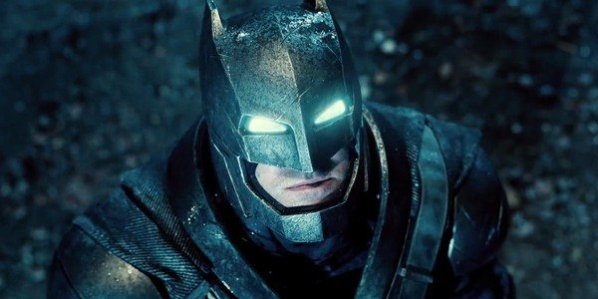 There’s not much to say or critique about this film that hasn’t already been said on the internet.  That being said, it’s not all on Snyder himself was Warner Bros. was eager to compete with Marvel and Disney, and tried to do in one movie what they did in 5.

It’s probably the most frustrating movie on the list because there are some genuinely great sequences in it, and it had real potential to be amazing.  The issue is it tried to juggle far too many subplots, themes, and setups for the next movie that it never really goes enough into any of them, and the final product winds up being a mess of a movie.

There’s no denying that 300 absolutely dominated mid-2000s internet culture with “This is Sparta” GIFs being among the first to go viral.  Upon its release, seeing in theaters was an experience unlike any other.  However, looking back at it now, it doesn’t hold up quite as well as we all thought it would.

Sure it has some great battle scenes, but its overall style is a bit much and there’s a reason why it was so easy to parody.  It deserves every credit for being one of the first movies to be shot entirely in front of a green screen (along with Sky Captain and the World and Tomorrow and Sin City), but its CGI doesn’t hold up great 15 years later, and it’s a movie that wants to have substance, but really doesn’t. 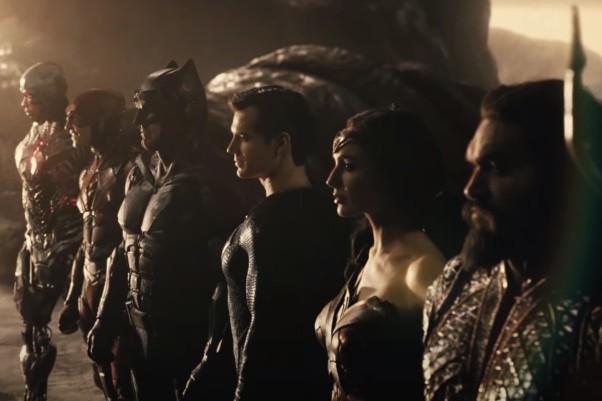 Regardless of how this movie turned out, its mere existence is a really cool triumph of creativity and redemption.  After family tragedy led to Zack Snyder leaving production, Warner Bros. absolutely butchered his film into a very tonal inconsistent mess.  The fact that the fan campaign led to this version finally being released is a special moment in movie history that is quite rare.

All that said, the movie itself is pretty decent.  Its 4 hour runtime really gives the time and devotion to developing its characters, particularly Cyborg.  He gets much more of an arc here and he’s very much the heart of the film (as Snyder himself described).

We’re also treated to an extremely poignant scene as Superman accepts who and what he is, something that Snyder had been building towards since Man of Steel.  It’s a fitting finale to the Superman trilogy that Snyder started.  And while there’s definitely more to the story as evidenced by the epilogue (which will sadly probably never continue), this was a great way for Snyder to end his tenure with DC, if it had to end.

Honestly, the only real issue here is that at times you really do feel the 4 hour runtime.  While certain scene and subplots really benefited from the extra material, other scenes dragged a bit.  It results in a movie that is best watched in the chapters that it’s already set up as.

Without a doubt, this was the best DC movie that Snyder ever did, and partly because it didn’t really have any other baggage or forced connections or setups for future movies.  Sure, it was the start of the new universe, but at the time, the movie’s sole focus was to tell a compelling story about Superman coming to terms with his status as a hero, alien, and adopted child of Earth.

It’s a decent Superman origin story with a great villain and dramatic themes that hit more on point that Batman v. Superman or Sucker Punch did.  It’s a shame that the studio didn’t give time for a direct sequel just about Superman, before trying to shoehorn in the Justice League.  Snyder himself said once Batman was even suggested in the early stages, there was no way to put that back in the bottle, so to speak.

4. Legend of the Guardians: The Owls of Ga’Hoole

Now for the PG-rated kid’s animated/adventure/epic that most people don’t even realize that Zack Snyder directed.  Following the success of Happy Feet, Village Roadshow and Animal Logic greenlit the adaptation of a kid’s fantasy series that feels like a Lord of the Rings, but with owls.  There’s a whole rich mythology and history that the movie does a great job world-building in under 2 hours.  Given Snyder’s visual style, it’s kind of surprising that he’s only done one animated film like this.

The artificial world that the animators created gave him a chance to use camera movements and styles that would be a lot hard to do in person.  It’s your classic good vs. evil story with an underdog hero taking his place to defeat the much stronger villain.

And while it’s aimed at kids, it’s not afraid to get dark and disturbing, like many “family” movies were back in the 80’s.  It’s definitely worth a watch if you haven’t seen it!

As previously mentioned, only two movies here weren’t based on something pre-existing, and Army of the Dead is the other.  Following massive studio interference and manipulation with Justice League, Snyder went to Netflix with this zombie idea he’d had for 15 years, and not only did they agree to produce/distribute, but they gave him complete creative freedom.

The result is an insane blend of Suicide Squad, Ocean’s 11, and Dawn of the Dead.  It’s filled with gory action, great stunts, and a dark sense of humor.  But it also touches upon some serious issues in a much more nuanced way than his previous films.

Serving as his own cinematographer, we really see Snyder’s growth as a filmmaker here.  And hopefully it’s just the start of many more original films that he writes and directs with Netflix (or any studio other than Warner Bros.).

Check out our full review of Army of the Dead here!

He knew how great the source material was, and much like Robert Rodriguez did with Sin City, Snyder merely used his camera to translate from one medium to another.

His dark and philosophical tone fit the plot perfectly, and the movie itself contains some of the best sequences that Snyder has ever directed, particularly the opening credits and The Comedian’s funeral scene.

It was definitely the success of Watchmen that convinced Warner Bros. to give Snyder the keys to the DCEU only 4 years later.

Snyder (with the help of a great script by James Gunn) managed to take the basic premise of the original, but make the movie his own with interesting characters we cared about, genuine scares, and absolutely perfect pacing that evokes a great deal of tension.

Unlike some of the other movies on this list, Dawn of the Dead holds up perfectly today, and its practical blood and gore effects look better than a lot of studio horror today.  Fans have always been divided on his comic book adaptations, but between Dawn and Army of the Dead, it’s very clear that he really knows how to make an awesome zombie movie!