As if the next two months didn’t have enough awesomeness from Shudder, they’ve just announced another special as part of their “61 Days of Halloween” lineup!

Known for her sarcastic sense of humor and very gothic appearance, Elvira got her start on Elvira’s Movie Macabre, which first aired on KHJ-TV in 1981 (hence the 40th anniversary), and ran until 1986.  Since then, she’s had other series and specials, but the character herself and the gimmick we all love has always remained just as she is!

Elvira herself had the following to say, “It’s always tough turning 40, but what better way to mark the occasion than a one-night stand with Shudder, the spookiest of streamers? It’s going to be the ultimate Hallow-anniversa-ween bash, and you don’t want to miss it,”  Likewise, Shudder GM Craig Engler has said he’s “honored to celebrate the ‘Queen of Halloween’s’ fantastic career milestone.”

The special itself will consist of the four following films:

A film starring Elvira herself in a self-aware satire where she inherits a large estate and deals with locals who think she’s actually a witch. 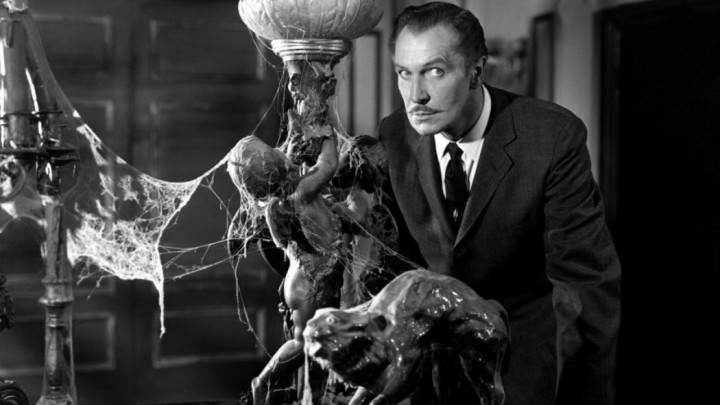 A black and white classic featuring an amazing performance by Vincent Price, in a movie that encompasses all that it means to be “spooky”.

A lesser known gem that’s both hypnotic and surreal.

It’s really cool to see that the lineup is mostly made of vintage classics with nothing before 1988.  It would have been really easy to choose modern movies that are fun to poke fun at, but there’s a real mix of classic camp and classic gem in this list.

So be sure to tune in on the night of Saturday, September 25th!  We’ll be live tweeting (@HalloweenYrRnd) throughout the whole night!  If you  miss it, the special will be available on regular Shudder on demand the following Monday (on all platforms: US, Canada, UK, Ireland, Australia, and New Zealand).

Which movie are you most looking forward to watching?  Let us know in the comments!