It’s October again, which means (other than it being the best month of the year) the Shudder Hotline is back!  Every Friday this month from 3-4pm ET (12-3pm PT) horror fans can call the hotline number and speak directly with Shudder curator Sam Zimmerman for personalized movie recommendations.

It’s a truly unique service unlike anything offered by every other streaming service.  So just like we did in April, we called it this week and asked for four recommendations: a slasher, a monster movie, a supernatural thriller, and something science fiction/horror.  And here’s what we got: 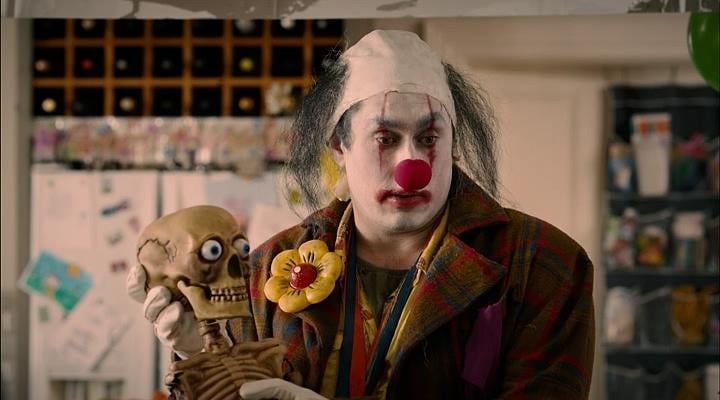 This Irish clown horror movie is as darkly hilarious as it is brutally gory.  A party clown suffers abuse from the children at the birthday he’s working, only to die in a tragic accident.  Years later, this clown, a modern day Pagliacci, returns to seek vengeance against those children, now teenagers, and boy does he get it!

Stitches is filled with buckets of bloody gore and some truly grotesque but creative kills.  It’s the kind of movie that could only be done independently because no major studio would be willing to go that far, but I’m so glad that this movie exists.

Along with its twisted sense of humor, there’s also a really fascinating dive into clown mythology.  If you’re a fan of 2014’s Clown, but wished that it had more humor, then Stitches is the perfect movie.  In an era dominated by Pennywise and Twisty, let us not forget this Irish gem of a clown movie. 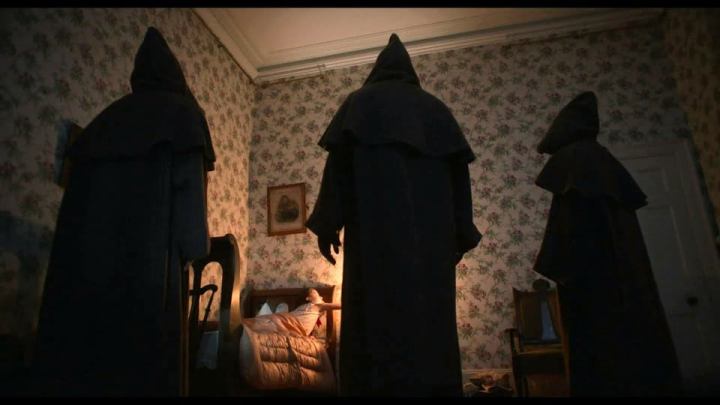 A young vicar and his wife and daughter move into a house with a sketchy past.  It starts out as your typical run of the mill haunted house movie with creepy occurrences at night and harbingers attempting to give grim warnings.  But by its third act, it goes off into a really unexpected and interesting direction.

Between its sense of atmosphere, and really creepy production design, it really stands out.  Plus it does a great job exploring themes of good vs. evil, and faith in times of crisis.  It’s a creepy haunted house movie that actually has something to say and does a decent job of saying it. 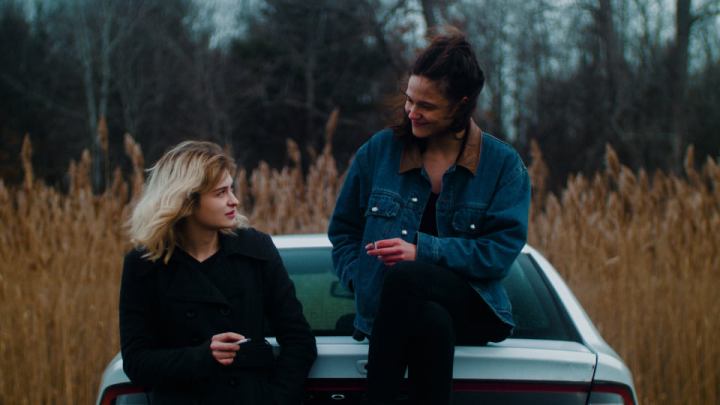 For those expecting  a typical monster movie with lots of Bigfoot, this may not be the movie to watch.  But for those who want character drama with a sense of mystery and intrigue that happens to do with bigfoot, Monstrous makes for an interesting watch.

Set in Whitehall, NY (a town which actually named Bigfoot its official animal in 2018), this movie follows a woman trying to investigate the disappearance of her friend in upstate New York.  The town itself is surrounded with Bigfoot imagery and lore.

The plot itself is admittedly slow in the beginning, but the ending goes full bizarre in ways that you never would have expected.  It’s not necessarily a top tier Bigfoot movie (honestly there’s not that many to begin with), but there’s enough WTF moments in the third act that I’ll never forget watching it. 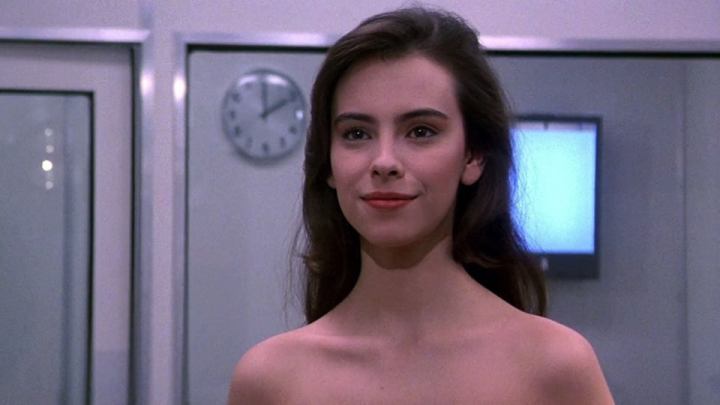 Directed by Tobe Hooper, Screenplay by Don Jakoby and Dan O’Bannon, Based on the novel “The Space Vampires” by Colin Wilson.

With the other three movies being from the last decade, it was really refreshing to get an 80’s gem like Lifeforce recommended.  It’s a film I’ve definitely seen before, but haven’t watched in a long time.  And with Sam telling me that it won’t be on Shudder too much longer, now’s the time to either check it out for the first time or rewatch it.

Tobe Hooper’s sci-fi space opera is one part 50’s creature feature, one part pulp mystery, and one part 80’s horror with some spectacular practical effects that honestly reminded me of the zombies from Return of the Living Dead.

Parts of it play out like a surreal music video, and the space vampires themselves do a great job blending monster horror with the more seductive side of vampires.  The main vampire played by Mathilda May famously spends her entire time on screen completely naked, but she’s definitely the one with the upper hand, using this to entice and suck out the titular lifeforce from those she encounters.

With such classics like Texas Chainsaw Massacre and Poltergeist on his resume, Lifeforce is an often overlooked gem from Hooper’s career and it’s just as weird and fun now as it was in 1985!

We’ll be back next week with another set of awesome recommendations from Shudder Curator Sam Zimmerman!  Until then, enjoy your October, stay safe, and watch tons of horror movies!

Stitches, The Banishing, Monstrous, and Lifeforce are all streaming on Shudder