On this day 38 years ago, Will Byers first went missing in the strange little town of Hawkins, Indiana.  Aptly dubbed, “Stranger Things Day”, Netflix has taken the opportunity to grace fans with a series of announcements today regarding the upcoming Season 4.

Release Date
While we don’t have a specific date, Netflix went so far as to announce that Season 4 will drop “Summer 2022”

Welcome to California
The minute long teaser features Eleven writing a letter to Mike about her and Will’s new life on the West Coast.  She mentions that it’s now Day 185 (since they last saw each other we’re assuming), although both actors appear to have aged more than half a year.  We’ll just have to chalk that up to movie magic.

Once again, life seems pretty normal, with Eleven even enjoying school and claiming that she’s making friends (while kids are actually shooting spitballs at her), but looking forward to Spring Break so she can see Mike again.  It definitely fits in with the temporary return to normalcy that the beginning of each season has featured.

Plotwise, it doesn’t offer too much, which is good in that it avoids spoilers.  The most exciting seconds of that minute are definitely the end, which show us quick flashes of men in suits, helicopters, explosions, and the incredibly temperamental but entertaining Murray Bauman.

Given that it’s been over 2 years since Season 3, these breadcrumbs will be enough to tide over Stranger Things fans for now.  But the announcement of a release date would certainly make us all feel better!

Episode Titles
In pure Stranger Things fashion, Netflix unveiled a minute long video containing the episode titles to the background of the show’s opening theme (complete with creepy music).  They are as follows:

The Hellfire Club
Vecna’s Curse
The Monster and the Superhero
Dear Billy
The Nina Project
The Dive
The Massacre at Hawkins Lab (This one’s already my favorite episode just based on the title!)
Papa
The Piggyback

New Poster
The previous hint called “Explore Hawkins” referred to this awesome new poster that gives us our best look at the town itself (complete with the Mind Flayer wreaking havoc)! 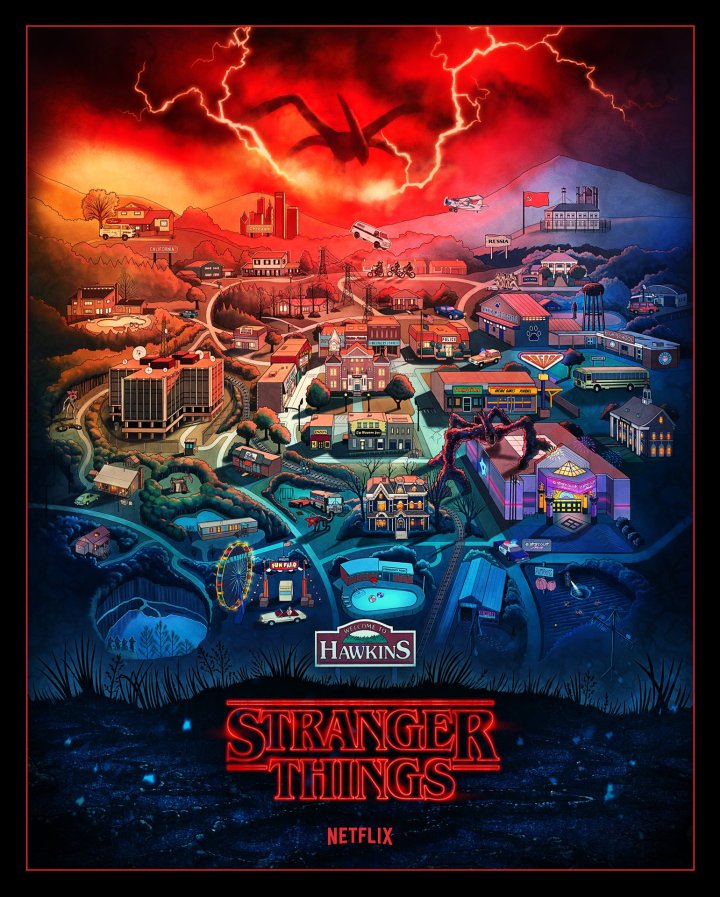 Which announcement are you most excited for today?  What do you hope to see most in Stranger Things Season 4?  Let us know in the comments!