With July upon us, 2022 is officially halfway over.  Making up for two years in a row in which the film industry was greatly disrupted by worldwide events, movies seem to be fully back in swing.  With indie gems dominating streaming and studio horror going strong, it’s been a great year for horror movies this year.  So as we enter the second half of the year, we thought it would be fun to look back at the 10 best horror films from the first half of 2022.

Note: We’re listing the movies alphabetically, so their order has nothing to do with their individual rankings against each other.  When we do the full list at the end of the year, we will rank them specifically.

We may never get Scott Derrickson’s version of Doctor Strange in the Multiverse of Madness, but horror fans are better off having gotten his adaptation of this Joe Hill short story.  Incredibly tense, bleak and sinister (no pun intended) in tone, but also full of heart, The Black Phone chills you at your core, but then gives you the motivation and confidence to do something about it.  And it’s all held together by the most terrifying performance we’ve ever seen from Ethan Hawke!

Crimes of the Future

2022 also saw David Cronenberg’s return to body horror, and it was nothing short of disturbing!  This movie does a great job of world building a surreal future that honestly doesn’t seem that far off.  It takes risks, and isn’t afraid to push boundaries to the point that people walked out during its Sundance premiere because they were so disgusted.  It goes places only Cronenberg could because he truly knows what he’s doing.

This movie dropped on Hulu and honestly didn’t get much fanfare or advertising, but to anyone who watched it, they were completely blown away.  Starting off like a typical romantic comedy, the movie boldly waits a solid 30 minutes before its opening credits, to coincide with the tone shift into horror.  It maintains its dark sense of humor, coupled with some very grotesque ideas and scenes.  But what really sells it is the back and forth chemistry between its leads Sebastian Stan and Daisy Edgar-Jones.

Released on Shudder, this ultra-low budget indie horror film was co-written and directed by a family, who also serve as all the principal cast.  They also have a witchcraft inspired rock band, which shows in the movie and the result is a surreal and awesome piece of folk horror that plays out like a music video and doesn’t look like it was shot for the incredibly low budget it was.  Not only is it trippy and fun, but an inspiration to all independent filmmakers that they can make something really cool that gets seen by a wide audience (thanks to Shudder). 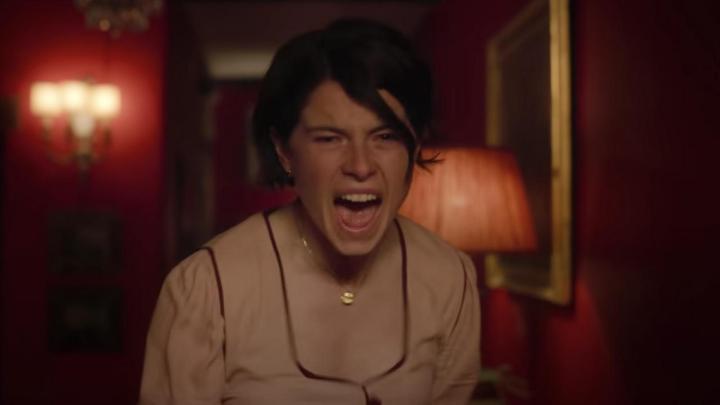 Speaking of super trippy movies that will make you question your sanity, Men is a journey back to English folk horror.  While it does feature modern technology, it feels similar in tone to something from the 1970’s.  Incredibly bleak and bizarre, it’s the type of movie that has you questioning your own sanity by the end.  For the most part, people either loved this movie or were so confused by it they didn’t like it.  And that’s not necessarily a bad thing.  Horror is at its best when it takes chances, and this film certainly does that.  It’s shocking in both its visuals and its themes, and definitely has something to say. 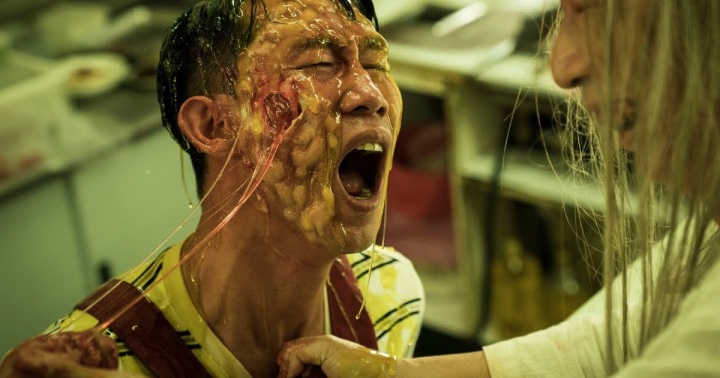 There are zombie movies and then there’s this.  Brought to us from Taiwan, distributed in the US by Shudder, The Sadness holds absolutely nothing back when it comes to gore, violence, or just outright brutality as civilization crumbles.  As its title suggests, it also makes commentary on humanity itself.  It’s hardly the first zombie film to hit all these tropes, but it does them particularly well, in a way that rivals even Train to Busan.

When this project was first announced over two years ago, skepticism ran high.  It felt like sacrilege doing it without Wes Craven, Scream 4 had already done the “remake” tropes, and there didn’t seem to be anything left to tell.  Then the requel trend reached unprecedented proportions between 2011-2022 and the themes seemed fitting.  The result was the perfect meta dissection of requels, legacy characters, new franchises, and toxic fandom.  It worked perfectly as a one time thing.  But of course they’re already working on the next one… 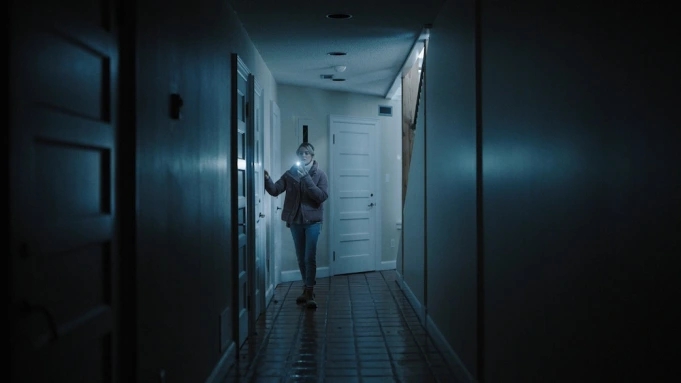 Another lesser known Shudder release, See For Me is a quiet and creepy home invasion thriller with a twist.  A young blind woman is housesitting when burglars break in and she relies on an app titled “See For Me” where the woman on the other end guides her through a Straw Dogs survival scenario.  While major studios keep putting out recycled everything, indie films like this showcase a lot of creativity.

This is another one that came out of absolute nowhere, but we’re all better off for it.  One part This is Spinal Tap, one part Evil Dead, Studio 666 hams it up with hilarious demonic horror, some awesome music, surprisingly awesome acting from the Foo Fighters, and way more gore than expected.  It could have easily just been more parody than horror, but it goes deep into the demonology and mythos, and the result is a movie that’s just as disturbing as it is hilarious.  And it sadly remains the final performance by Taylor Hawkins, RIP.

It’s been an amazing six months thus far.  And we still have others to look forward to like Nope, Bodies, Bodies, Bodies, Don’t Worry Darlin, Smile, Salem’s Lot, and Halloween Ends to name a few.

What were your favorite horror movies from this year?  What are you most looking forward to later this year?  Let us know in the comments!