For over 30 years, Joe Bob Briggs has been bringing fans together with his horror movie hosting.

Many of his fans, as well as many horror fans, have often felt like outcasts, and Briggs’ various series over the decades have been a beacon for everyone to come together and enjoy B-movie horror!

So in honor of The Last Drive In Season 2 debut, something we’ve all been excited for since last year, we thought it would be fun to revisit the Top 10 Bizarrely Awesome movies from The Last Drive In.

Just to be clear, these aren’t necessarily to the 10 best movies ever featured. That list would just be all the classics like Texas Chainsaw Massacre, Halloween, Hellraiser, Black Christmas, etc.

We decided it would be more fitting to showcase the strange, and awesomely terrible ones that perfectly capture the spirit of B-movie horror!

Featured in the Original 2018 Marathon
This early slasher entry rarely gets the same attention as most others. Joe Bob even pointed out that it doesn’t even enter most people’s favorite list of horror movies from 1979.

But we have to admit, the mannequins are creepy as hell, the writing and acting are just cheesy enough to be fun. And the killer’s mask, which is supposed to be Elvis but ends up looking more like Jay Leno, is a fun and memorable piece of horror history.

One of the rare cases where the sequel is better than the original, Prom Night II goes full supernatural and possession, as the ghost of Mary Lou comes back for revenge 30 years later.

There’s something gleeful about her approach to killing, plus her approach to using her sexuality to be empowering is very much in line with third wave feminism, as described by Darcy.

To be honest, the original Prom Night always seemed a bit boring, but Hello Mary Lou is anything but that! 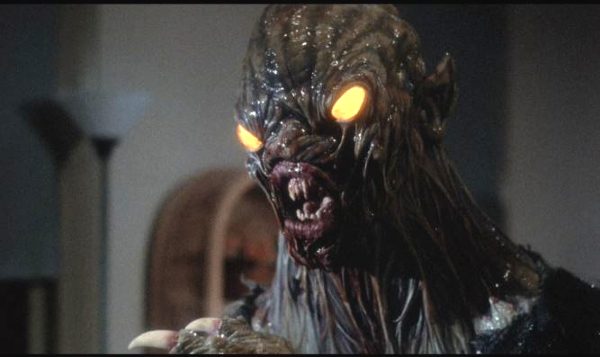 An early 80’s movie about cannibal mutants living underneath the gritty streets of NYC is sort of the epitome of B-movie horror.

It has elaborately gross practical monster effects, and a script that’s the fun kind of cheesy. Plus it’s cool to see John Heard and Daniel Stern working together 6 years before they would both star in Home Alone.

One of the most entertaining things about Joe Bob’s first Christmas marathon is watching him try to explain the Phantasm franchise as it goes on.

To its credit, it’s one of the only horror franchises to keep have the same writer since the beginning, and to feature that same cast members continually coming back.

That said, this 5th entry brings in flying saucer spheres, alternate universes, a post-apocalyptic wasteland, and asks more questions than it answers.

Ever since we saw how much Loomis seemed to enjoy scaring the hell out of little Lonnie in the first movie, we always knew that he was crazy too. In it’s this movie that solidifies that not only is Loomis himself insane, but he may be worse than Michael Myers.

He spends this whole movie shouting at poor little Jamie Lloyd, trying to get her to speak, and probably only traumatizing her further.

Featured in the Original 2018 Marathon

This “creature feature” perfectly strikes a balance between cheesy and compelling. It’s intentionally campy, very low budgeted, but it has just enough heart because we genuinely feel for the brother stuck in the basket.

The effects to make him move are just good enough that we feel his pain, and just cheesy enough to remind us that this is a B-movie.

What makes this movie so much fun is that despite it being made in the 2010’s, it feels very much like a grindhouse film of the 70’s/80’s.

Even the title and poster have a very intentionally vintage vibe. And while this movie may not be from that era, it certainly celebrates it. Unlike so many movies of the current era, this one rarely uses CGI, and the werewolf transformation is legitimately on point!

Because how could we not include a movie about a killer snowman?! Not to be confused with the heartwarming (but equally cheesy) Michael Keaton movie, this Jack Frost is merciless. Nothing in this movie really makes sense or takes itself seriously at all.

We see the killer snowman use his carrot nose as a phallus to violate a woman, and his ultimate weakness is hair-dryers. When it comes to hilariously awful horror movies, it doesn’t get much better (or worse) than this! 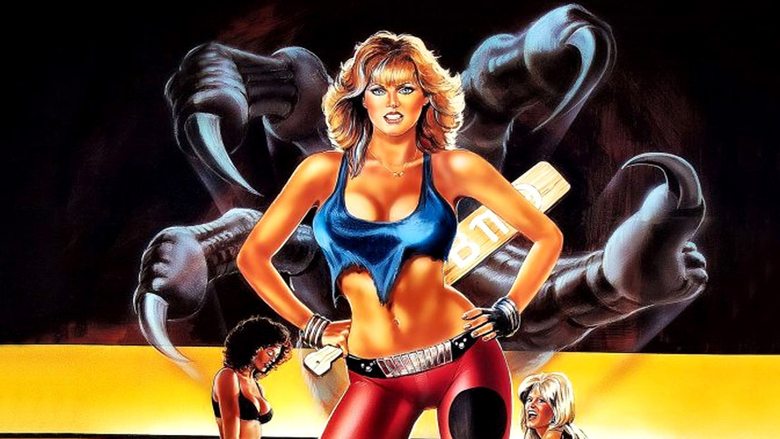 Featured in the Original 2018 Marathon

The title alone should be enough to win in a top spot on the list! But this movie is memorable for so much more!

It gives us so many things that we love about B-movie horror, like sorority girls, nerdy guys, a wise-cracking genie, and even Linnea Quigley in one of her many iconic 80’s roles.

By far the best part is the aforementioned genie, who almost seems like he knows he’s in a movie and is just having a blast (yes we’re referring to the puppet as if he was a real actor).

Initially, this probably seems like the most unassuming and least bizarre move on this list. That is until you get to the final 20 minutes and all hell just breaks loose!

There are many things you can’t un-see from this sequence, including the mains character’s dad’s face on his rectal area…

What are your favorite moments from The Last Drive In? What movies do you hope to see in Season 2? Let us know in the comments below!

The Last Drive In is streaming exclusively on Shudder.