The drive in will truly never die as The Last Drive In with Joe Bob Briggs is poised to return this Friday with the season 4 premiere.  As we all gather round and spread the news that Joe Bob is back in town, we thought it would be fun to look at Shudder’s current lineup and pick out the movies we’d most like to see this season!

We did a similar list last year and correctly predicted Audition, Class of 1984, and The Love Witch.  And with 15 total picks last year, predicting 20% isn’t too shabby!  So let’s hope we’re right again this year.

Note: We’re choosing from movies that are currently available on Shudder at the time of publication

This creepy gem from Ireland was something of a sleeper hit when it first hit streaming back in 2016.  It deals with a woman grieving for a familial loss and turning to dark rituals for a chance to see him again.  It’s quiet and suspenseful in its approach, while offering compelling characters and intriguing supernatural twists.  It’s the perfect kind of obscure movie for Joe Bob to cover, and it’s a more recent one that he could introduce horror fans to. 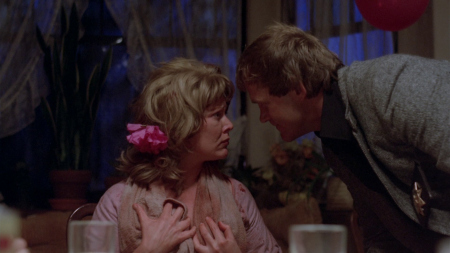 |It wouldn’t be The Last Drive In without a few exploitation films or slashers from the late 70s/early 80s and this is one that largely went overlooked until Shudder added it last year.  It’s so much more than your typical slasher and there’s a lot thematically and behind the scenes that Joe Bob could unpack.

Surprisingly, we’ve never actually had a Stephen King adaptation featured on The Last Drive In before.  And it seems that the undisputed king of horror novels should be represented on a show like this.  Children of the Corn is not only currently on Shudder, but it’s the perfect representation of a creepy King story with just enough camp and cheese to satisfy the tastes of the Mutant Fam!

Night and Dawn get most of the attention, by Day of the Dead is a brilliant take on human nature and asks the big questions about what it means to be civilized.  It’s an often overlooked George A. Romero gem, and it would make a great double feature with another zombie movie.  Plus, we could get a continuation of Joe Bob’s epic lecture on the history of zombie movies.

Another sleeper streaming hit that if you’ve seen it, it leaves an absolute imprint on you.  Most horror movies feature a babysitter in fear of their life from some masked killer.  But in this movie, it’s the babysitter herself who is the source of fear and terror.  Emelie is such a disturbing movie that the Mutant Fam audience could have some fun with! 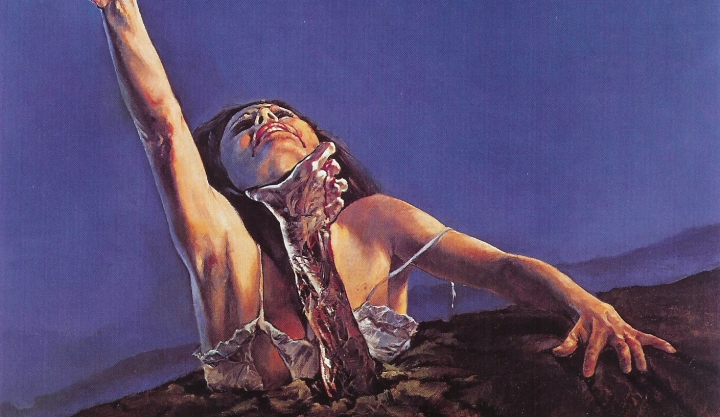 It’s honestly kind of surprising that this movie hasn’t been featured on Last Drive In before. It’s low budget, gory as hell, completely over the top insane, and everything else that Joe Bob and the Mutant Fam loves!  We’ve already had Bruce Campbell on the show talking about Maniac Cop, but it would be amazing if Shudder could get Sam Raimi himself to come down and talk about the movie that made him famous! 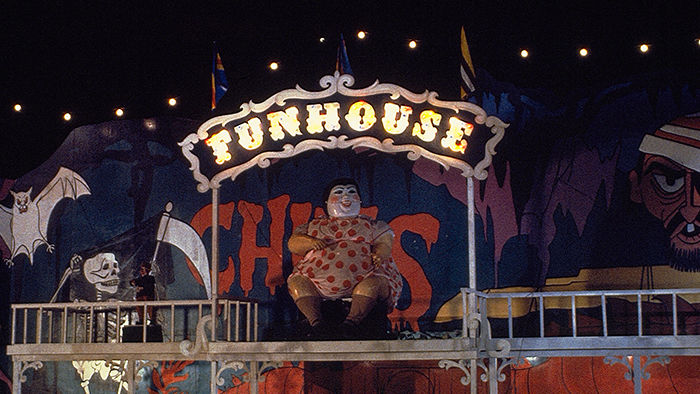 We’ve heard Joe Bob sing praises for Tobe Hooper and rightfully so.  The man was an absolute legend, giving us Texas Chainsaw Massacre and Poltergeist.  And The Funhouse is another slasher classic of Hooper’s that would play really well for the Last Drive In audience. 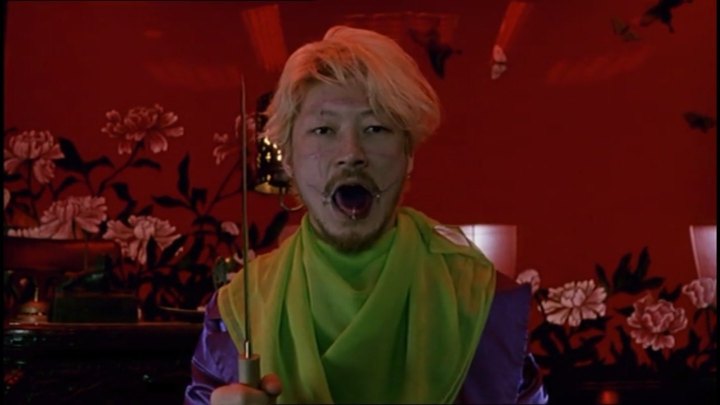 Last year, we correctly predicted that Joe Bob would show the incredibly sadistic Takashi Miike-directed Audition, and this year we’re calling it for Ichi the Killer.  Brutal and grotesque in nature, Ichi is exactly the kind of sick, demented movie that Joe Bob fans would just eat up, and we could listen to him bicker with Darcy about it is well. 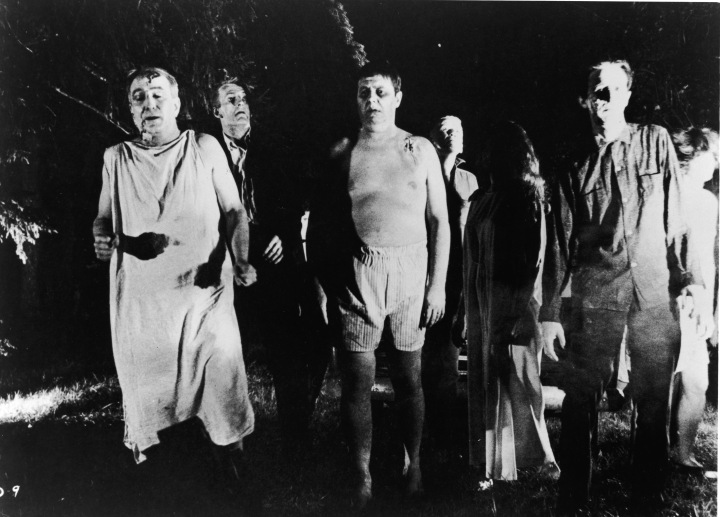 We can’t really have Day of the Dead on this list without the original Romero classic that started it all.  The behind the scenes stories and cultural impact alone are more than enough material to fill several episodes of The Last Drive In.  Plus he could even get into the insane reason why the movie remains public domain to this day.

It’s been famously reported that this season will feature the 100th movie shown on The Last Drive In and this vampire classic also happens to turn 100 this year, so it’s a match made in heaven (or hell).  As far as lectures and rants go, Joe Bob could get into the whole lawsuit that followed this movie since the filmmakers didn’t have the permission of Bram Stoker’s widow.

Released the same year as Halloween, this Jaws ripoff wasn’t quite as influential as Michael Myers’ cinematic introduction.  But it remains a fun, cheap movie from the 70s and remains a blueprint for many of the later classics that Joe Dante would direct.  Plus it would be really cool for Joe Bob interview Dante himself, a man whose contributions to horror (creature features especially) deserves more recognition.

For those who have seen Psycho Goreman, you know exactly why this is the perfect movie for Last Drive In.  And for those who haven’t seen it, you’d be in for quite the treat to be introduced to it via Joe Bob.  The best way to describe it is Power Rangers but on acid and really, really gory. 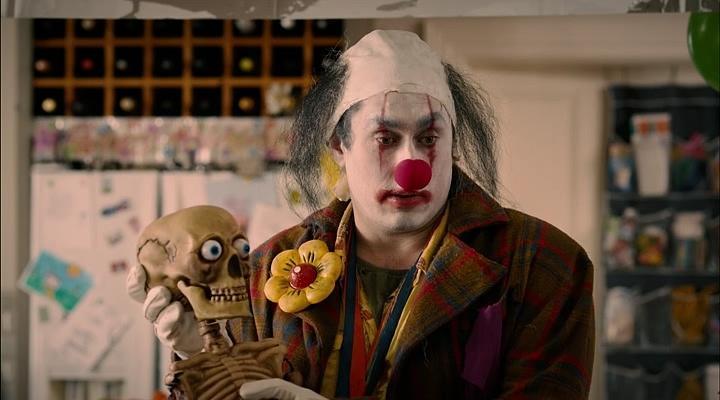 Everyone loves killer clowns, and in that subgenre, Stitches is a movie that could use more attention.  It’s balls to the wall gory slasher when it comes to blood and guts, but it also has a healthy dose of dark humor.  Overall, it’s just a fun movie to watch, and it’s one of those gems that the general public mostly isn’t aware of.

This early slasher has everything that Joe Bob would love, great kills, a creepy story, and it’s set in Texas (at least partly).  The whole thing plays like a murder mystery, and Joe Bob would have a field day diving into the real life history behind the Texarkana Phantom.

Given that Joe Bob is on Shudder, his show is a great place to display Shudder Originals.  And arguably the best and most iconic of those from the last year is V/H/S/94.  Like Scare Package, Joe Bob could do drive in totals for each segment and have a lot of fun with it.  The segments themselves are a good variety of subgenres and the whole Mutant Fam could be hailing Raatma by the end of the night!

What movies would you like to see Joe Bob feature on The Last Drive In? Let us know in the comments!